Classical NEG Raising: An Essay on the Syntax of Negation

An essay on the syntax of negation 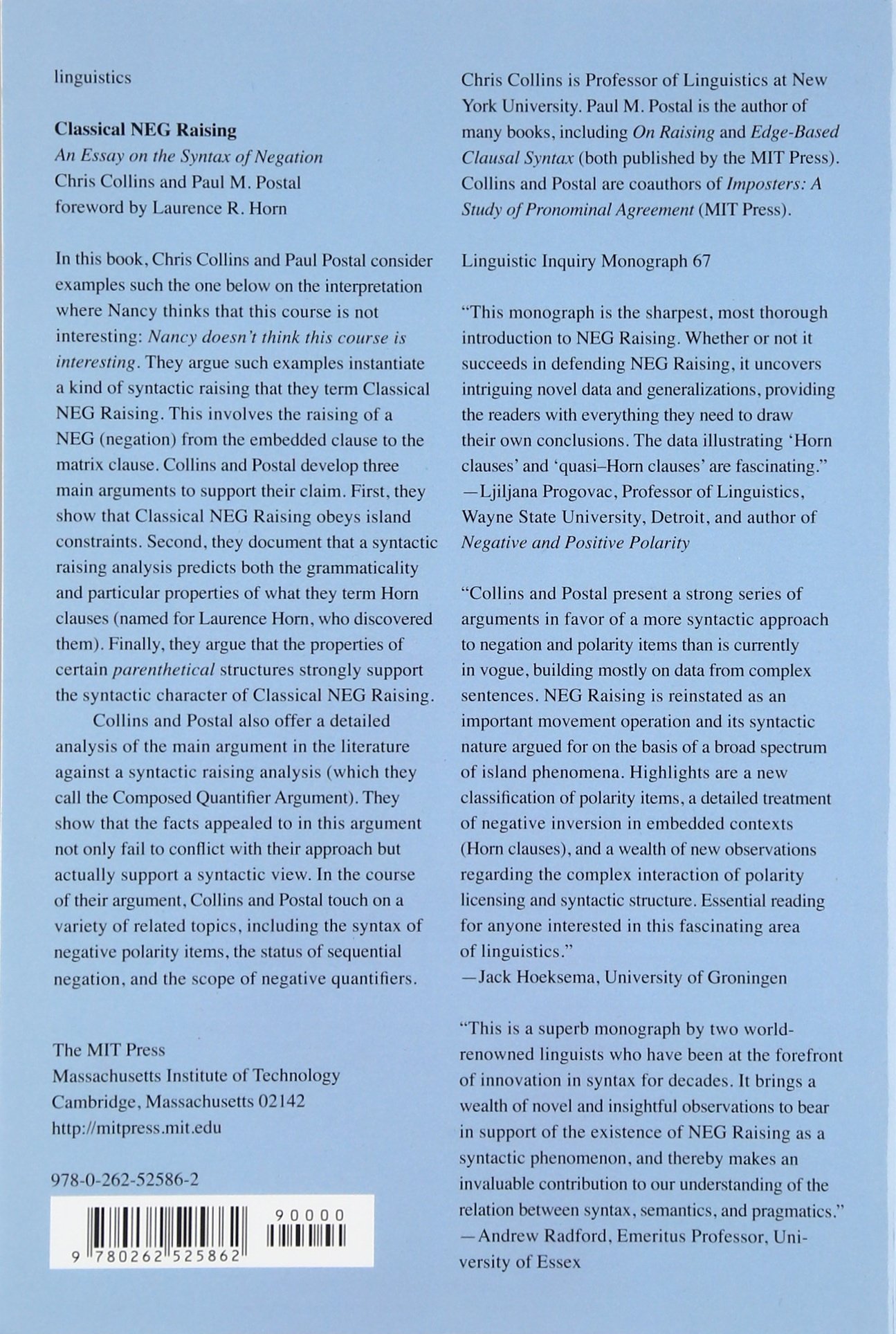 Heim, Irene. On the projection problem for presuppositions.

Classical NEG Raising: Volume 67 : An Essay on the Syntax of Negation

Facebook Twitter Pinterest Share. Description An extended argument for a syntactic view of NEG raising with consequences for the syntax of negation and negative polarity items. In this book, Chris Collins and Paul Postal consider examples such the one below on the interpretation where Nancy thinks that this course is not interesting: Nancy doesn't think this course is interesting.

They argue such examples instantiate a kind of syntactic raising that they term Classical NEG Raising.

This involves the raising of a NEG negation from the embedded clause to the matrix clause. Collins and Postal develop three main arguments to support their claim.

Second, they document that a syntactic raising analysis predicts both the grammaticality and particular properties of what they term Horn clauses named for Laurence Horn, who discovered them. Finally, they argue that the properties of certain parenthetical structures strongly support the syntactic character of Classical NEG Raising. Collins and Postal also offer a detailed analysis of the main argument in the literature against a syntactic raising analysis which they call the Composed Quantifier Argument.

They show that the facts appealed to in this argument not only fail to conflict with their approach but actually support a syntactic view.


In the course of their argument, Collins and Postal touch on a variety of related topics, including the syntax of negative polarity items, the status of sequential negation, and the scope of negative quantifiers.