This page has been archived and is no longer updated. The ribosome is a complex molecule made of ribosomal RNA molecules and proteins that form a factory for protein synthesis in cells. 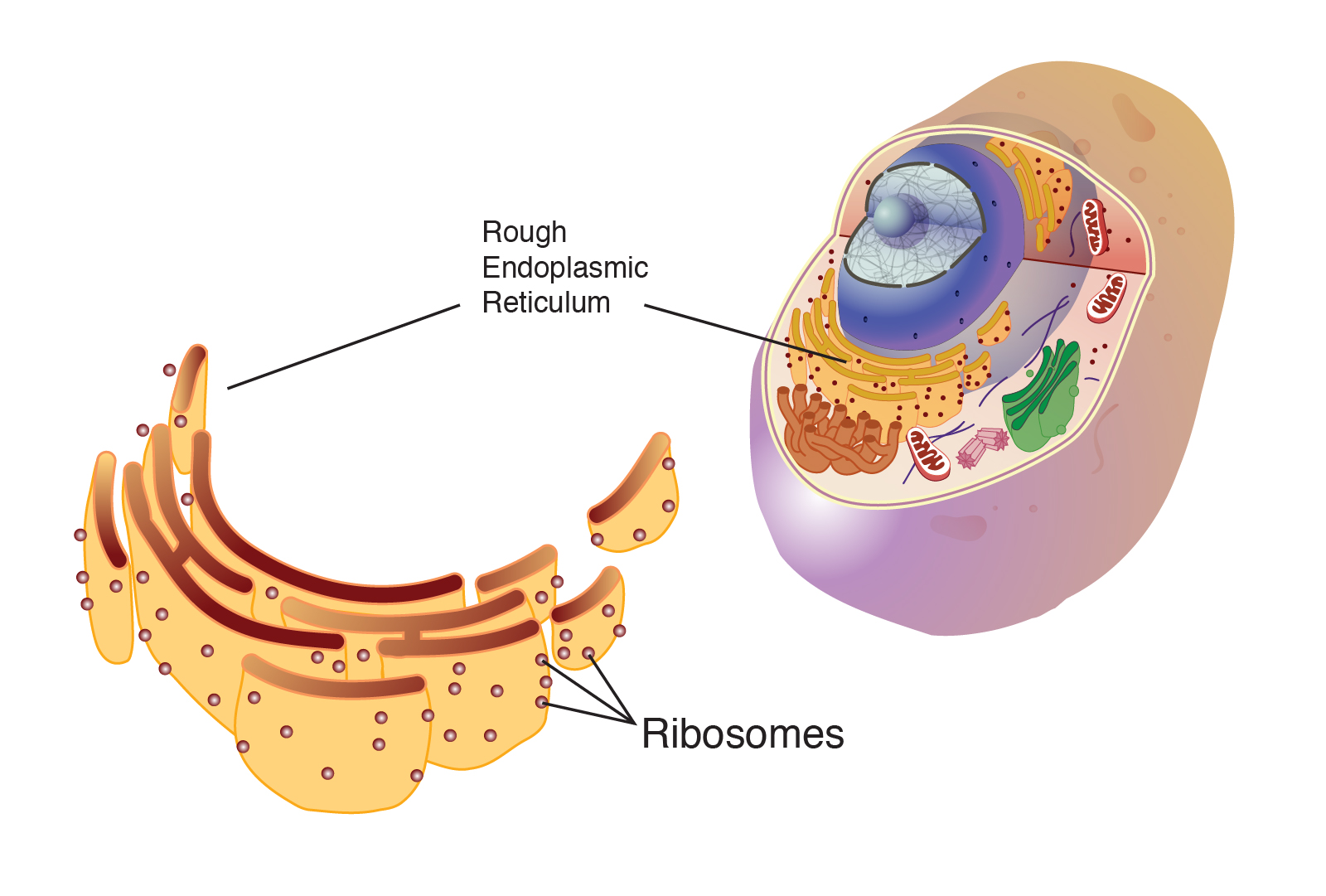 In , George E. Palade discovered ribosomes and described them as small particles in the cytoplasm that preferentially associated with the endoplasmic reticulum membrane. Along with other scientists, Palade discovered that ribosomes performed protein synthesis in cells, and he was awarded the Nobel Prize in for his work. Each ribosome has a large component and a small component that together form a single unit composed of several ribosomal RNA molecules and dozens of proteins.

The ribosome is responsible for translating encoded messages from messenger RNA molecules to synthesize proteins from amino acids. How proteins are made became a major focus following the discovery of the double-helical structure of DNA in Once it was realized that the genetic code existed within the order of base pairs of DNA, it became of immediate importance to understand how that information was converted into the sequences of amino acids that defined individual proteins.

The solution of this problem, which includes deciphering the genetic code, is one of the great achievements in the science that is now known as molecular biology.

Many of these achievements have been recorded and celebrated at previous Symposia in this series. Protein synthesis occurs within the ribosome, a molecular machine comprising both protein and RNA that in eukaryotes is first assembled in the nucleus of a cell.

RNA also functions as the adaptor in the form of tRNA that brings the individual amino acids to the ribosome. Ribosomes themselves associate with other molecular machineries, such as the machinery that directs proteins to the cell surface.

It was once thought that figuring out the molecular details of how protein synthesis occurs would long be an insurmountable problem. High-resolution images of the structure of a ribosome not only tell us how beautiful this machine is, but reveal the surprising finding that peptide-bond formation is directed by RNA.